We here present an open database of annotated film clips together with an analysis of elements of film style related to how the shots are composed, how the transitions are performed between shots and how the shots are sequenced to compose a film unit. The purpose is to initiate a shared repository pertaining to elements of film style which can be used by computer scientists and film analysts alike. Though both research communities rely strongly on the availability of such information to foster their findings, current databases are either limited to low-level features (such as shots lengths, color and luminance information), contain noisy data, or are not available to the communities. The data and analysis we provide open exciting perspectives as to how computational approaches can rely more thoroughly on information and knowledge extracted from existing movies, and also provide a better understanding of how elements of style are arranged to construct a consistent message. 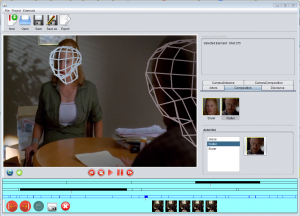 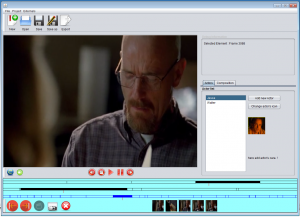 The database currently encompasses 22 clips (from 18 popular movies, released from 1966 to 2012, and covering well-known styles such as comedy, drama, war, heroic-fantasy, science-fiction and western) for a total of more than 1000 shots. The database reports shot information relative to the number of characters appearing on the screen, their on-screen positions and head orientations, the type of camera shot (ranging from extreme long shot to extreme close-up shot), the type of camera angle (high, medium, low), the type of camera motion.